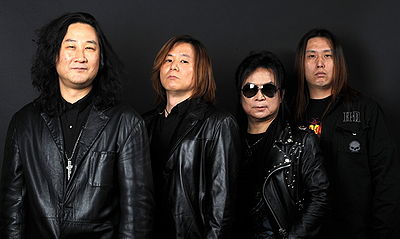 Baekdoosan promoting Rush to the World (2011)

Baekdoosan (백두산) is a Korean heavy metal band. The band was active from 1985 to 1992, however after a 14 year hiatus in 2006, Yoo Hyun Sang and Kim Chang Sik (two of the original members) joined two new members to release their album Savage Violence as Power Baekdoosan. Three years later, in 2009, the four original Baekdoosan members reunited to release their fourth studio album, Return of the King. In 2011, they released their fifth album Rush to the World.