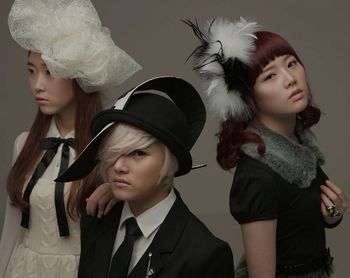 BeBe Mignon (베베미뇽; [Fra:] Cute Baby) was a Korean pop female trio that debuted in 2010. Before their debut, they were described as the female 4Men. The trio was under the labels YWHO Enterprise and Happyface Entertainment. The group disbanded in 2011 after Ga Eul left the group.