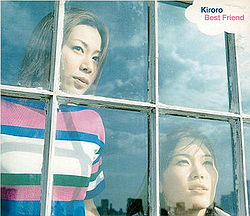 "Best Friend" is the tenth major single released by Kiroro. The single reached #5 on the weekly Oricon charts and charted for thirty-two weeks. The title track was used as the theme song to NHK's TV series Chura-san. They had a song at the famous festival 52nd NHK's Kohaku Uta Gassen.

There are two versions of "Best Friend" to be found on Kiroro's discography. These are: