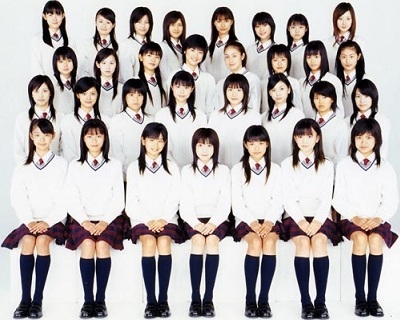 Bishoujo Club 31 (美少女クラブ31) is an girl group that was formerly known as Bishoujo Club 21 but increased to 31 members in 2004. They have released 2 singles, "Da Di Da☆Go! Go!" and "Tokyo Gourmet Tour", which the latter only features 10 of the 31 members. Their singles are released by Pony Canyon.

The group hosts a weekly show called Girls a GoGo on TV Asahi. They also have sub-units called Morita Club, Teenage Club, and D.D.D. The group has done CMs for eKara, the same karaoke electronics company that featured Morning Musume in their ads in the past.

Arashiro Beni became the first member to start a solo career while also being an active member in the group. In May 2005, member Fukuda Saki released her debut single. The group would take a hiatus after their final live of 2006 in December 2006.