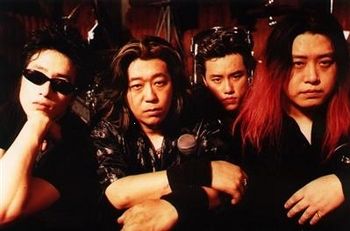 Black Syndrome (블랙 신드롬) was a Korean rock band. Black Syndrome was formed by Park Young Chul in 1986. After only a few months, the band's lineup changed and the group began writing songs for their first album. In 1988, Black Syndrome released their debut album, Fatal Attraction. Over 1990s they've played more than a thousand live shows, and have released their albums in overseas markets like Japan, the United Kingdoms, and France. In total the band had 10 different line-ups through the years, with even some members leaving and coming back for future releases, being Park Young Chul the only members who never left Black Syndrome.