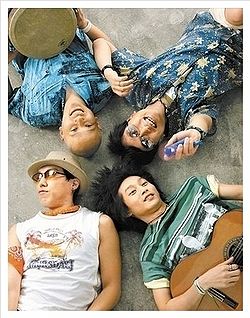 Bulldog Mansion (불독맨션) was a Korean pop/rock band. They were mostly known in the English-speaking world for their song "Happy Birthday to Me" which was featured in the SamBakZa's Flash cartoon "There she is!! Step two: "Cake Dance"". They disbanded after the release of their second album Salon de musica.