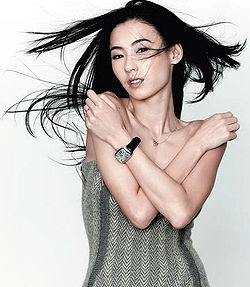 Cecilia Cheung (張栢芝) is a Hong Kong singer and actress, who has been married to singer/actor Nicholas Tse since 2006.