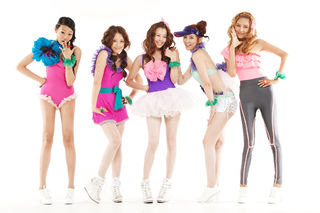 Chocolate (초콜릿) was a Korean pop girl group debuted in 2010 under H Line Entertainment, which consisted of members from Korea, America and China. The group disbanded only a few weeks after their debut, due to sex scandal rumors involving Meng and Cheryl; however, Chocolate members and H Line Entertainment stated that no member was involved on it and instead the rumors pointed to two former trainees of the company.