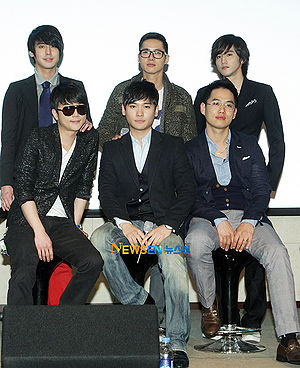 Click-B (클릭비) is a Korean pop/Hip-Hop 6 member boy group. Originally a seven piece band that debuted in 1999 under DSP Media, the group split in 2002 when three members left. The remaining quartet released one more album, Cowboy, under a different label before participating in a collaboration album with J-Walk and the departure of Kim Tae Hyung. In 2006, the group (then made up of 3 members) released a remake album, Smile. In 2011 all members, except Kim Tae Hyung, reunited after 8 years and made a comeback with the digital single, "To Be Continued". Short time after the announcement of their reunion Oh Jong Hyuk enlisted for mandatory service. 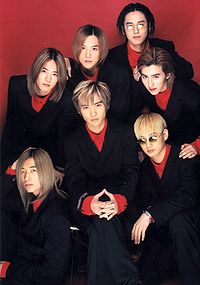