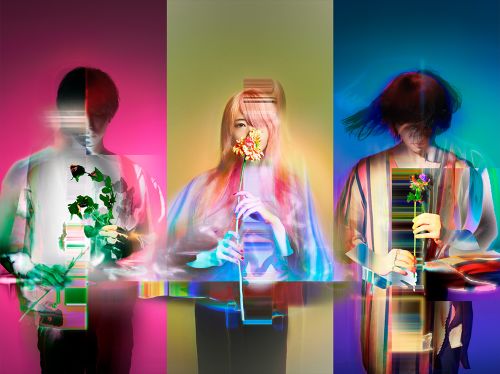 Cö shu Nie (コシュニエ) is a Japanese rock trio signed to Sony Music Associated Records. After earning a name in the indies scene, they were picked out by Tokyo Ghoul author Ishida Sui to sing the opening theme song for the anime Tokyo Ghoul:re. With that tie-in, they had their major debut in 2018 through Sony Music.

Known for their unique artistic music videos with over 7.5 million views, their first single "asphyxia" was in the top 5 of the iTunes chart and placed #6 on Spotify's Hits From Japan 2018. The single also landed in the Viral top 50 playlists in 9 countries.