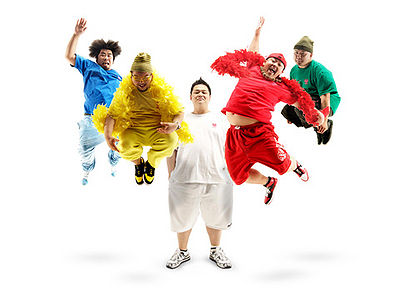 DEV PARADE (デブパレード) is a 5 member J-Rock band debuted in 2006 under Sony Music Japan. The band released their first single in 2008 called Body&Soul / cosmic mind. In 2009 they released their second single called Bacchikoi!!! which was used as the theme for the eighth ending of the famous anime NARUTO: Shippuuden. They broke up in February 2011.