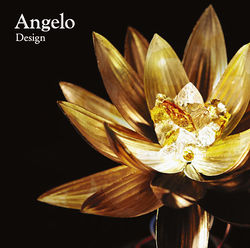 Design is the third album released by Angelo. It is their first album to be released through Music Ray'n. This was released in three different versions: a special packaged CD+DVD edition that comes with a live video of their live on August 13th, 2010 at Shibuya C.C.Lemon Hall, a limited production CD+DVD edition that comes with the PVs for the two released singles, a "FATE" original video, and two unreleased videos for "Hikari no Kioku" and "RAINBOW", and a regular CD only edition. Every version also contains an enclosed goods present application ID flyer and one randomly chosen (out of a possible seven) lotus stickers. The second limited edition is only available until December of 2010.