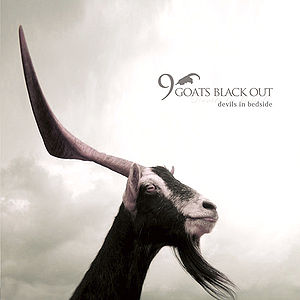 devils in bedside is the debut mini-album released by 9GOATS BLACK OUT. It was first released on January 25th only through the band's official online shop and sold out through pre-orders some time before the release. A second pressing was put out a few weeks later on February 12th. The regular pressing of the mini-album was released on April 30th alongside with the PVs of "sink", which were used in stores.