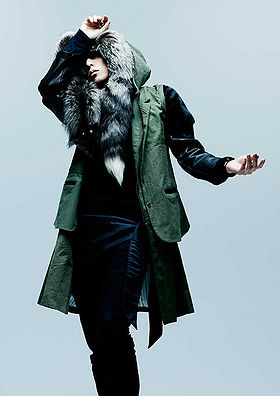 Douchin Yoshikuni promoting OUT THE BOX (2013)

Douchin Yoshikuni (堂珍嘉邦) is a Japanese pop-R&B singer, songwriter and member of CHEMISTRY, signed to Delicious Deli Records and managed by Scalear. Dochin married fashion model and former TV celebrity Morita Atsuko in June 2004. She gave birth to their first son in December of the same year, a second son was born in November 2007 and a twin son and daughter were born in June 2009. On November 14th 2012, he made his solo debut with the single "Shout / hummingbird". 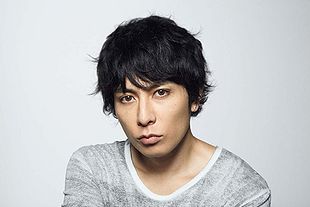