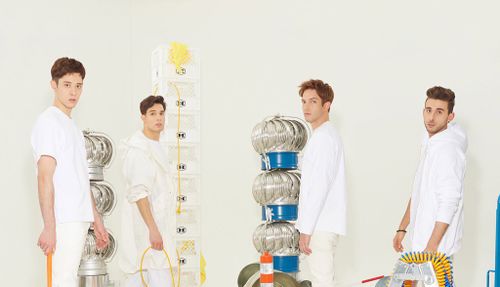 EXP EDITION (이엑스피에디션) is an all-American K-Pop boy group that debuted in spring 2017 under IMMABB Entertainment. Their tagline is "A fresh hybrid of K-POP. Born in NY Made in Seoul". 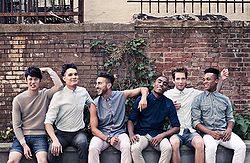 EXP EDITION was formed through the "I'm Making A Boy Band (IMMABB)" project, which began as a creative collective in 2014 at Bora Kim's studio at Columbia University in Harlem, New York. With Karin Kuroda and Samantha Y. Shao, Kim decided to make a non-Korean K-pop boy band in order to discuss the issues of post-colonialism and identity politics surrounding the transnational circulation of K-pop.

The group began performing in various art and non-art venues around New York, such as The High Line, MoMA and Queens Museum, and in 2016, relocated to Seoul, South Korea when Kim founded IMMABB Entertainment, under which the group's new single album will be released in the Spring of 2017.

Through IMMABB, the group hopes to have fresh and productive conversations on national identity, hybridity and what "otherness" means in Korean society with the people who encounter them and their music.[1]