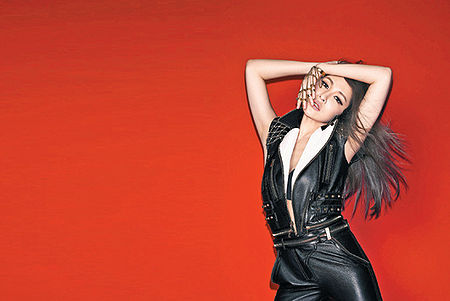 Elva Hsiao (蕭亞軒) is a popular Taiwanese Mandopop singer and actress who debuted in 1999 under Virgin Records Taiwan, a sub-label of EMI Music. Her self-titled debut album proved a major success in large part due to the success of the ballad "Zuì Shúxī De Mòshēng Rén". In 2004 she switched to Warner Music Taiwan but was met with the delay of her album due to issues within the company. After only one release, she switched back to her former label. She is currently with Gold Typhoon Taiwan after Gold Label's acquisition of EMI Music Taiwan.

Earlier in her career Hsiao was best known for her ballads, but she has since gradually become known for her dance tunes as well. Her most well known hit is still "Zuì Shúxī De Mòshēng Rén", although her biggest hit in recent years has been "Cuò De Rén" from her eleventh studio album, Xiāosǎ Xiǎojiě.