From generasia
(Redirected from Face to Face(KAT-TUN))
Jump to: navigation, search 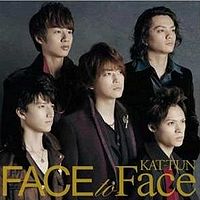 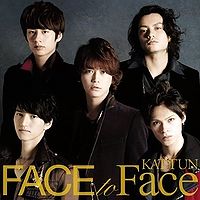 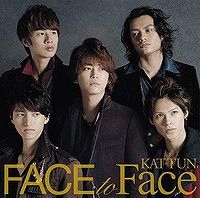 "FACE to Face" is the 21st single released by KAT-TUN. It will be released in three versions: a limited CD+DVD edition, a first press CD+DVD edition and a regular CD only edition. In the first press regular edition of the single, there is a solo track by Taguchi Junnosuke along with the inclusion of the music video. This is a new project that it's happening since "Fumetsu no Scrum". The title track was used as the theme song for the movie Ore Ore, starring Kamenashi Kazuya. "DRAMATIC"was used as the image song for the live coverage of professional baseball game Dramatic Game 1844 and was also used as the theme song for the TV program Going! Sports & News.

The single is certified Gold for shipment of 100,000 copies.