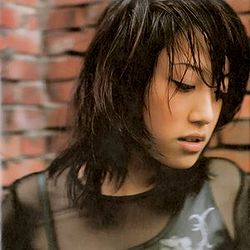 Fukui Mariko (福井麻利子) was a Japanese pop singer who was part of the ASAYAN unit AIS. She debuted in 1997 with the single "LOVE SOMEBODY", which was used as a theme song for the anime You're Under Arrest!.

She released three singles and an album, as well as two songs (Promise, and Brand New Day) only available on compilation albums for the anime You're Under Arrest!.