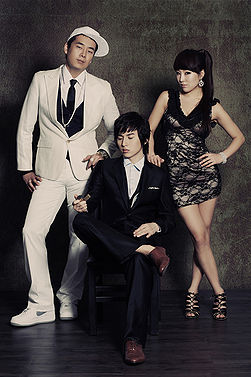 Gary Gold Smith (게리골드스미스) was a Korean pop group. They debuted in 2009 under Monster World Entertainment.

Before debuting as the trio Gary Gold Smith each member previously belonged to other groups. Gary K., as Ryu K, debuted with CnR in 2006; Gold, as Ji Young, debuted with the group B.U.T in 2006, and Smith, as Cheonguk, with Monster in 2007.

Gary Gold Smith debuted with the single "So Cool" in June of 2009, and in November they released their second single "Edge". They disbanded short time later.