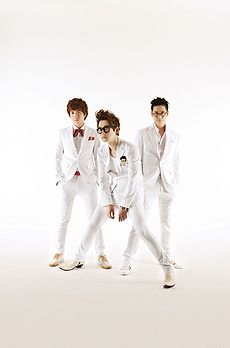 HANDSOME PEOPLE was formed by vocalist Tei, guitarist and tattoo artist TATO and DJ Young Ho who had previously worked as the producer on Tei's third studio album Sebeonjjae Seolleim. The band released their first digital single "Shall We Dance" in March 2011 and their second digital single "Crazy" was released in April.

In late 2011 Tato left and HANDSOME PEOPLE released their third digital single, "Naneun Jaksagada Season 3 Geureonnari Itjanha", as a two-member band. New member Um Ju Hyuk joined the band for the release of their next digital single "Disco Girl" and their first album Are You Handsome?.

HANDSOME PEOPLE promoting "Shall We Dance" (2011)