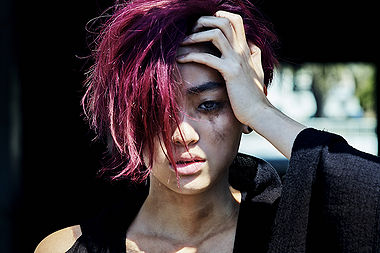 HARUHI is a Japanese rock singer-songwriter under Sony Music Entertainment.

HARUHI was born and raised in Los Angeles, California. At the age of 12, she was chosen to be the lead role in her school's musical. With asporations of being a singer, she practiced for the production for several months. At the age of 13 she began creating music. From roots music to alternative rock, she absorbed a variety of music, with flexible and sensitive singing, powerful expression, and her music creation capabilities. With confidence while balancing English and Japanese music, she began creating music as "HARUHI". She made her debut on May 11, 2016 with the single "Hizumi", which was used as the theme song for the movie Sekai kara Neko ga Kietanara.