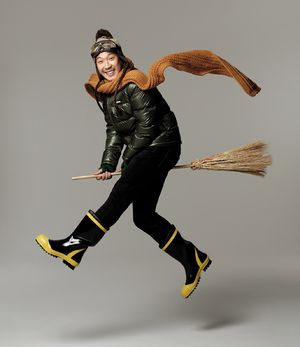 Haha (하하) is a Korean singer, actor and entertainer. In August 2012, he announced his wedding date with singer Byul for November 30.

Haha first debuted as part of Jikiri in 2001. Because the group wasn't successful, he began to focus more on acting and hosting various shows. In 2005, after two years of preparation, he released his solo album with the title track The Love Song.

Also in 2005, he become a member of the TV-show Infinity Challenge. The variety TV show, was also his first choice for making his come-back after being discharged of his mandatory military service in March 2010.