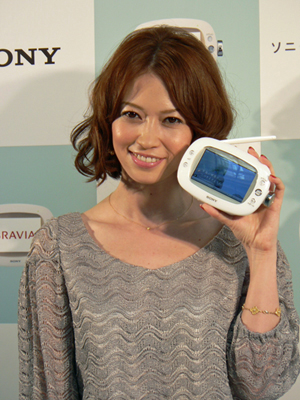 Henmi Emiri (辺見えみり) is a Japanese actress, talent, and former singer. Henmi made her show business debut as an actress in the television dorama Ichigo Hakusho in 1994. Soon after, she also debuted as a talento on various variety shows, including her own on Gyao in the 2000s, and also a singer with the single "TEARS FOR TOMORROW" before the year was up. Henmi would have moderate success with her singing career but gave it up in 1998. But, she didn't get much popularity until she appeared in the third season of the television dorama Wonderful.

In April 2008, she married comedian and actor Kimura Yuuichi.