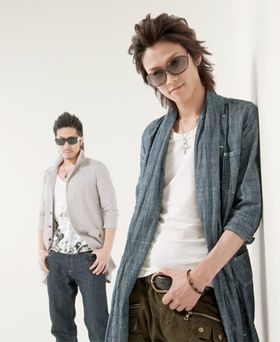 Hilcrhyme (ヒルクライム) is a Japanese hip-hop duo from Niigata Prefecture signed to Universal Music Japan. They are known for their song "Shunkashuutou", which was used as an ending theme song for the TV progeam CDTV in September of 2009. The group's name is a portmanteau of the words "hill climb" and "rhyme".

DJ KATSU came up with the idea of a hip-hop group in 2001, but it wasn't until 2004 when he formed Hilcrhyme with TOC. The duo released a demo album, Nettaiya, in March 2007, which sold a total of 2,000 copies. Following the success of their demo album, they focused on performing live, attracting hundreds of people. On July 23, 2008, Hilcrhyme released their debut independent single, "Mou Bye Bye". The single reached #4 on the Oricon indie chart, and the music video was accessed 100,000 times on YouTube, leading them to a major debut offer.

In 2009, Hilcrhyme signed with Universal Music Japan and made their major debut in July with the single, "Jun'ya to Manami". The following September, they released their second single, "Shunkashuutou", which became a great success by staying several weeks in the Oricon weekly top ten.

In early 2010, the group was the winner of the domestic New Artist of the Year award at the 24th Japan Gold Disc Awards.[1]