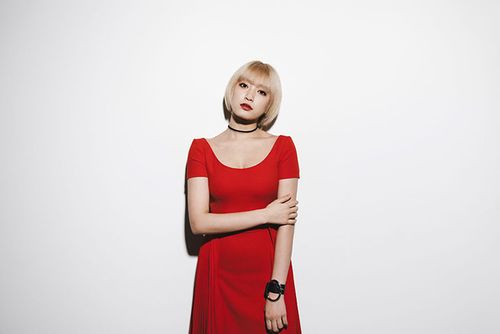 In February 2009, Honoka Rin started a blog under the name of "RIN". After that, while attending a friend's birthday party, she was scouted by the president of GMB Production. She began acting as an exclusive model of the magazine "Hana*chu→" starting with the October issue released on September 1, 2010. The following month, she appeared on her first cover.

In May 2011, she started activities as an exclusive model for the magazine "Nicola". From December of the same year she made regular appearances on the variety program R no Housoku.

In April 2012, she made her first appearance in a drama with Kamen Rider Fourze. In April 2013, she graduated from modelling for "Nicola" with their May issue.

In 2013, Lynn joined as a guitarist of the girl band comme ci comme ca.

On September 29, 2016, suspicion of underage drinking was reported in Shukan Bunshun magazine. Following the report, it was decided on the 30th that the next broadcast of R no Housoku would be canceled.

On July 21, 2017, she was elected as a semifinalist of Kodansha's female idol audition "Miss iD2018". She received the award on November 3rd.

In September 2017, she made her debut as a solo singer-songwriter.