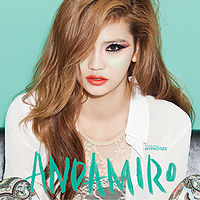 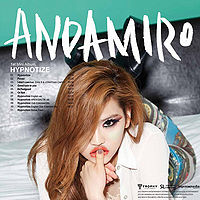 Hypnotize is the first mini-album released by ANDAMIRO. The regular version of the title track was used as lead track, however music videos featuring the English version, the Areia Balkan version, and the YUTA REMIX Ver. (included only on the iTunes edition and retitled "Hypnotize (Bonus Track)") were also produced. The mini-album was released in collaboration with the Spanish label INGENIOmedia, and a Spanish release of the mini-album, with additional contents, is expected on the following months.