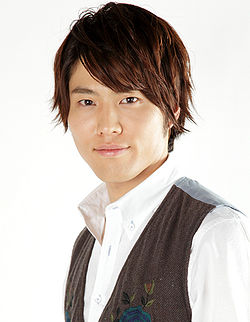 Irino Miyu was just four years old when he entered the entertainment industry as a stage-troupe actor with the young talent-focused Himawari Theatre Group. He then landed his first voice-acting role at age seven in the anime series Taiho Shichauzo. Having fond memories of his first experience in voice-over, Irino decided to seriously pursue a career in voice acting.

In 2009, he made his music debut under the label Kiramune, home to fellow voice actors such as Kakihara Tetsuya and Okamoto Nobuhiko. The next year, he formed the duo KAmiYU with label-mate Kamiya Hiroshi. Irino is best known for his roles as Syaoran in the Tsubasa Chronicle anime series and Haku in the Studio Ghibli film Sen to Chihiro no Kamikakushi.