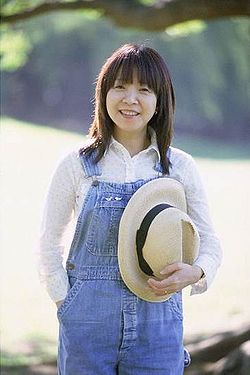 Iruka (イルカ) is a Japanese folk singer that debuted in 1970 under the label Crown Records.

Iruka got her interest in music when she saw her dad playing saxophone for the band Stardust in the late 50s. Iruka then debuted her singing career in 1970 with the single "Kimi no Umareta Asa". She got the stage Iruka when she got the nickname when she was going to college at Joshibi University of Art and Design. She really didn't have much of a solo career till 1974, when she released the single "Ano Koro no Boku wa" to begin the real entrance in the music world. Her hit single came the year after with the single "Nagori Yuki".

Iruka has still been releasing music to this day with the latest single release in 2008, entitled "Itsuka Miru Niji ~"Morudau" Kara~".