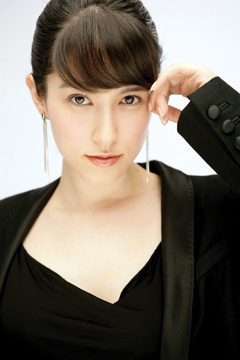 Isak (이삭) is a Korean singer and member of the disbanded duo Isak N Jiyeon.

Raised in America, Isak moved to Korea in the eighth grade. There, she debuted with the group Isak N Jiyeon in September of 2002 under SM Entertainment. During this time, she attended Korea Kent Foreign School.

After Isak N Jiyeon's debut album, Tell Me Baby, the duo also participated in SM Town's seasonal summer and winter albums. During these, however, Isak would sometimes be missing from songs and music videos, causing speculation that she had left Korea and/or SM Entertainment.

Since the duo disbandment, Isak has been working as TV host and actress.