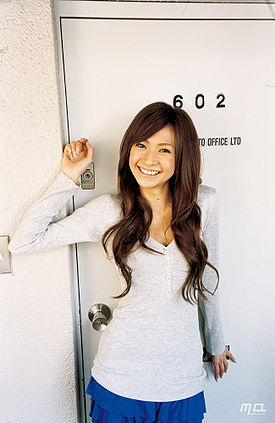 Ishida Yuko made her debut in 2001 as a member of the dance unit SOUL TIGER, from the television program Batoraku. They released two singles before disbanding. She also auditioned for ASAYAN. A year later she was awarded Miss Magazine's Reader Special Award and in 2003 made the image girl of Teijin.

When making her debut as a musical artist in 2005, she changed her stage name to "Juan." Her first single's tracks were a throwback to popular Western songs of the 1980s. When she released her album three months later, she had a slightly more sexed-up image and included R&B influences in many of the tracks on the album, although a handful of the songs are 1980s-styled.

With her mini-album released in September 2006, Ishida completely changed her style to R&B/hip-hop and took her sexy image a step further by wearing even less clothing in promotional videos and the album booklet. In 2008 she began releasing under her real name. It was in this year that she also became the image girl for Triumph, a lingerie company. (She was succeeded by Nishiuchi Hiromi in 2009.)