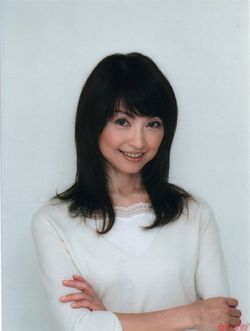 Ishikawa Hitomi started her music career when she won the Fuji TV audition "Kimi Koso Star da!" when she was in her second year of high school. She debuted two years later in 1978 on the Pony Canyon sublabel NAV with the single "Migi Muke Migi". Her biggest hit came in 1981 when she released a cover of Miki Seiko's song "Machibuse". During about the same time, she debuted as a voice actress in the anime Purin Purin Monogatari.

In 1987, Ishikawa decided to take a break from a show business for a little while because she contracted Hepatitis B. She would later come back a year later without her former agency Minayo Production. Later on, she would go onto marry musician Yamada Naoki in 1993 and appear regularly on the NHK television show Mother and Kid's Television Time. She has become a regular on various television and variety shows since her comeback in the late 1980s.