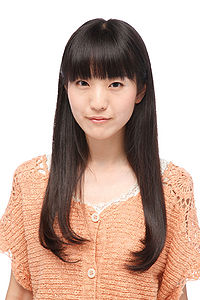 Ishikawa Yui (石川由依) is a Japanese stage actress, seiyuu and singer. She is best known for her role of Mikasa Ackerman in the anime Shingeki no Kyojin, which won her best supporting actress at the 8th Seiyuu Awards in 2014.