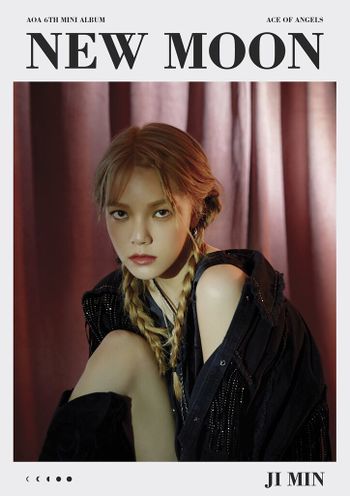 Jimin (지민) is a South Korean artist. She is a former member of the Korean pop girl group AOA. She left the group on July 4, 2020 after her bullying controversy.

Jimin was born on January 8, 1991, in Seoul. From her second year of middle school to her first year of high school, she studied abroad in China for two years and is able to speak Chinese. She knows how to play the guitar, the harmonica, and the piano.

On January 12, 2015, it was revealed that Jimin will be part of a variety show called Unpretty Rapstar, a female rappers survival program.

On April 23, 2015, FNC Entertainment announced that the members of the 'N Project' were Jimin and N.Flying's J.Don. The full song and the music video was released on April 28, 2015.

On February 24, 2016 was revealed that Jimin will be releasing a solo single on March 3 under the project name "OOTD" (Outfit Of The Day). Presented as the "1st Outfit", the track is titled "Ya Hago Sipeo (CALL YOU BAE)" and features EXO's Xiu Min.