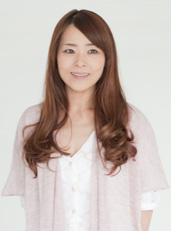 Kadokura Yuki (門倉有希) is a Japanese Enka singer under the label Victor Entertainment.

Kadokura Yuki made her singing debut in 1994 with the single "Kamone....". Two years later, she won the grand prix award for her single "Onna no Sunadori Uta" at the annual NHK Shinjin Kayou Contest. However, her greastest hit single came in 1998 when she released the single "Nora". The single was a long hit as it sold over 800,000 copies.