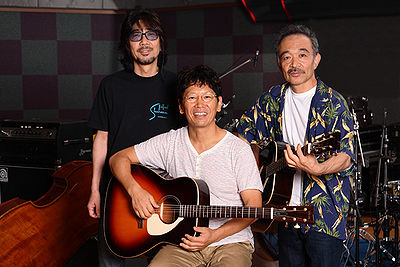 Kaguyahime (かぐや姫) is Japanese folk group that formed in the 1970s.

The group first formed in 1970 under the name "Minami Taka to Kaguyahime" when Minami joined with Mori Shichiro and Oshima Sanpei. The group released their debut single, as first generation Kaguyahime, "Yoidore Kaguyahime" in 1970 along with one album and two more singles within the year. "Yoidore Kaguyahime" and the single after it broke the Top 100 on the Oricon charts at that time. They also became popular regulars on television and radio shows such like the show Zen Nigon Kayou Senshuuken.

Then in the later half of 1971, the group changed it's member roaster as Mori and Oshima quit the group and added Yamada and Ise. They released their first single together, "Seishun", in September 1991. They also released the Yoshida Takuro-produced album Hajimashite a year later, resulting in 50,000 copies sold.

Their major hit came two years later when "Kanadagawa" was released, selling over 16 million copies. Before the year was up, the group made their first appearance on the year-end special Kouhaku Uta Gassen. They also changed their name from Minami Taka to Kaguyahime to just plain Kaguyahime. However, it was bittersweet when the group broke up two years later in 1975 when they performed their last concert at Kyoritsu Women's University. Minami Kousetsu and Yamada Panda would continue with their own separate music careers while Ise Shozo took a hiatus after group's split.

The band would go on to reunite many times over the years. For example, they reformed in 1978 after the release of the album Kaguyahime Kyou and going on a small tour that including stops at Yokohama Stadium. The group also came back together from 1999 to 2001 with the release of the single "Seishun no Itami", a concert tour, and an appearance on the 1999 Kouhaku Uta Gassen. 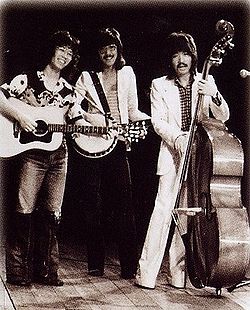