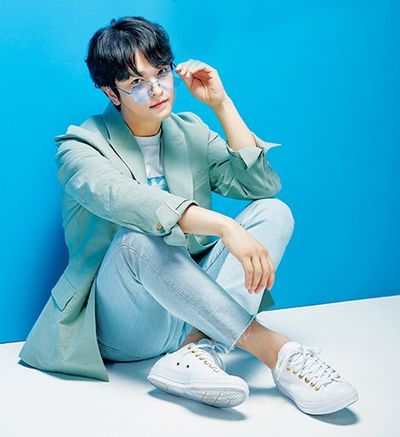 Kim Jung Hoon (김정훈), is a Korean pop singer and actor who was chosen through a Cheonil Records' audition. He was a member of the disbanded duo UN, and after the disbanding of the duo Kim decided to pursue also an acting career. His first main role was in Goong, one of the biggest Korean dorama productions of 2006. In 2008, he got the main role on the Chinese drama Love Strategy, for which he also sung the main theme in a collaboration with Vivian Hsu.

Kim has also launched his solo singing career in Japan in 2006 with the mini-album 5 Stella Lights under the name John-Hoon. In 2009 he made his come-back to the music scene in Korea with the release of his first Korean solo mini-album 1st Mini Album.

All the works were made in Korea unless otherwise indicated