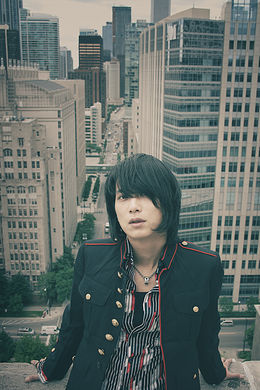 Kim Won Jun (김원준) (formerly also known as Dearro) is a Korean pop singer and actor. He debuted as a solo artist in 1992 and after the release of 9 albums, in 2001, he took a five years hiatus. In 2006 Kim made his comeback as the lead singer for the Korean rock band, V.E.I.L. Although V.E.I.L had not officially disbanded (the band released their latest mini-album in 2008) Kim made his comeback as a solo artist with the digital single "[Na] Seureopge" in 2009. One year later, in 2010, he become a member of the group M4. He also made his debut as an actor in 1996, and in 2003 he got one of the main roles on the drama Eve's Garden.