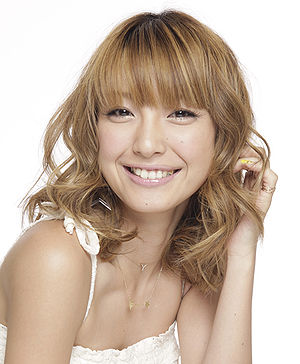 Kinoshita Yukina (木下優樹菜) is a gravure idol, singer, actress, talento, and fashion model in Japan. She is currently the 2007 image girl for San-Ai Swimwear. She is also a member of the singing trio Pabo. On August 2010, she married FUJIWARA's Fujimoto Toshifumi.

In 2001, she was a finalist for Morning Musume's Love Audition 21. She made it to the final 9 but was not chosen as a member of the fifth generation.