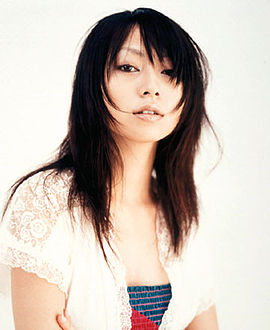 Kohinata Sie is a Japanese actress and singer.

Sie debuted as a model at the age of 15 after meeting an acquaintance of her father's who happened to be the president of a production company. She began modeling for magazines such as OLIVE and anan, and soon after made her way into acting. In 1997 Sie added a career as a singer to her many jobs, and released seven singles and one album during her time as an artist on Victor Entertainment.

Sie married talent Tanaka Naoki, and had her first child, a son, in 2004. After having a part in the live-action movie Cutie Honey, she went on temporary hiatus. February 15, 2006 marked her first time back on television for the special Kokoriko Miracle Type Miracle Drama.