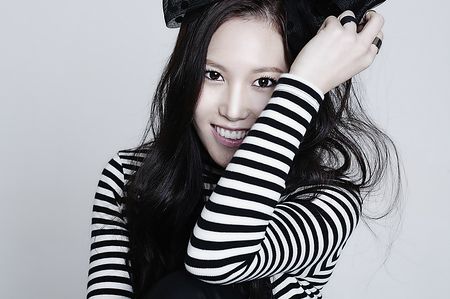 Kora (코라) is a South Korean singer. She was a member of the Korean pop/hip-hop girl group Lip Service. She is a former vocalist and rapper for the disbanded girl group Coin Jackson where she was known as Cora. After the group disbanded she has participated on the talent TV show The Last Audition of My Life. In February of 2015 it was announced that she had left Lip Service, although fans quickly pointed to social media posts made by Cora that suggested she was in fact kicked out.