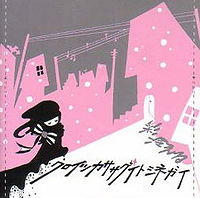 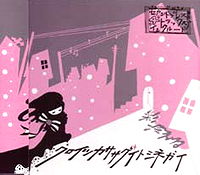 "Kuroi Tsuka Sasagu Itoshi Negai" is the fifth other/distributed single released by Ayabie. This was first released as a CD in paper casing similar to "Melt In Cinnamon", along with two trading cards chosen at random (there was eight in all). That press was a limited release having only 2,000 copies. It sold out so a second press was made and released a month later. The second press is a CD in common jewel casing, has a different SE opening and an extra track, but no trading cards. The single was only sold in Like an Edison shops.