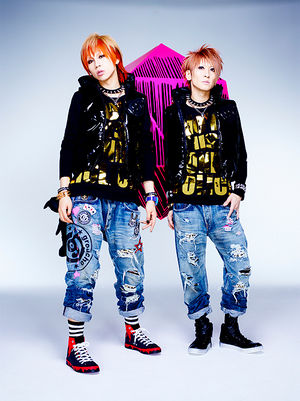 LM.C (lovely-mocochang) is the current project of Aiji (ex-PIERROT). It consists of Aiji on guitar and maya, who used to be known as Maayatan, 雅-miyavi-'s ex-support guitarist, on vocals.

LM.C's sound is far from pop, with their song "☆Rock the LM.C☆" being mostly rapvocals with guitar (like Limp Bizkit's or Linkin Park's Hip-Metal), while little Fat Man boy has a more upbeat sound and a wild claymation PV to go with it. A lot of their songs also contains genres such as Techno and Electronic.