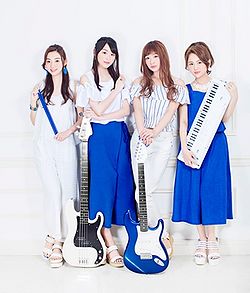 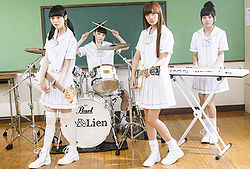 Le Lien was formed in November 2013 by Stardust Promotion. Their concept is a fusion of "fashion and music". Their first mini-album 530 Nichi was released in April 2015 under Stardust Records which won first place in the Oricon weekly indie album ranking on May 11. The band made its major debut with the single "Ganbari Doki" on September 2, 2015.

It was announced on their official website on November 21, 2016 that they would be disbanding by the end of the year. In order for future growth the members would move onto their own respective paths. They will hold their last live Le Lien Final Live ~Girls band story~" at Harajuku Astro Hall, Tokyo on December 20th.