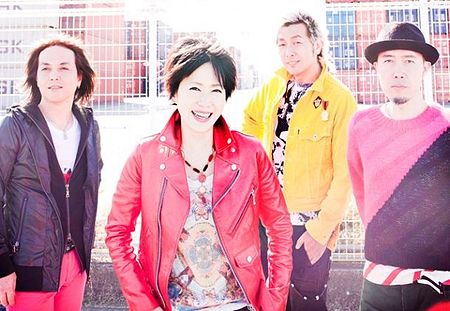 LINDBERG is a Japanese rock band from 1988 to 2002 and then from 2009 and onwards. For 2009, the band got back together for the duration of the year to celebrate the band's 20th anniversary.

The band formed in 1988 when former idol Watase Maki got together with a backband that consisted of Hirakawa Tatsuya on guitar, Kawazoe Tomohisa on bass, and Koyonagi Masanori on drums. The band named themselves LINDBERG after the famous aviator Charles Lindberg.

They released their first single a year after they were formed in 1989, entitled "ROUTE 246". The band quickly rose to fame after their second single, "Ima Sugu Kiss Me", reached #3 on the weekly Oricon charts and sold many copies.

The band broke up in 2002 after their "FINAL FLIGHT" tour. They also closed up their fanclub after performing small lives for their fans for the the last time. However, the band would come back together seven years in 2007 to celebrate their 20th anniversary, according to announcement at Watase Maki's live event. They released their first album since their comeback on April 22, entitled LINDBERG XX and did a concert tour all around Japan.