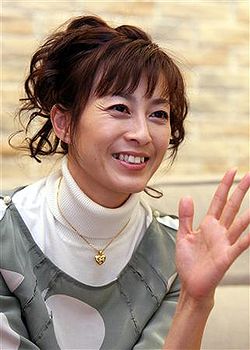 Morio Yumi (森尾由美) is a Japanese actress and voice actress. Morio got her start as an actress in 1982 when she appeared on the dorama Nerawareta Gakou. A year later, she would also become a variety show talento and then a singer when she released her first single, "Onegai", in 1983.