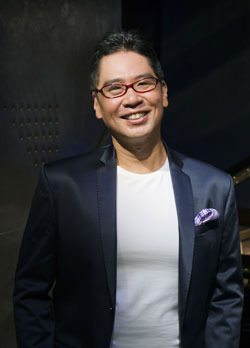 Nakanishi Yasushi (中西保志) is a Japanese pop singer. Nakanishi first got involved with music when he was a vocalist in a band when he was a sophomore at college. He auditioned for many contests, sponsored by many labels, but instead became a business man after graduating from college. Nakanishi got his big break when he was noticed by record companies in 1988 when he did a good imitation of Stevie Wonder on various variety shows. He released his first single under Columbia Japan four years later, entitled "Ai Shika nai yo". But it wasn't until his next single, "Saigo no Ame", that Nakanishi got a hit single.

In 2007, he switched labels and went to Tokuma Japan.