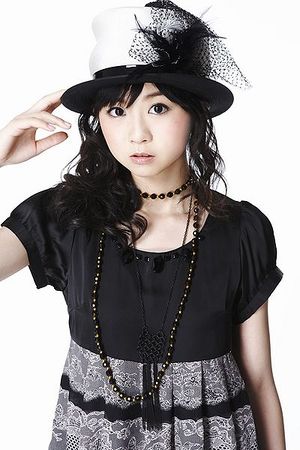 Ogawa Mana (小川真奈) is a talent, singer, and member of the girl group Canary Club.

Ogawa started her show business career when she was in first grade as a model for various magazines and shoots. Years later, she starred in the dorama Niji no Kanata in fifth grade, thus starting her acting career.

In 2006, she joined the unit Magical Sweets for the anime Sasami☆Mahou Shoujo Club, where she voiced the main character Sasami Iwakura. A year later, she joined another group Canary Club and debuted her solo career with the single "Suppin Rock" on 2008. She has voiced Kitagami Mimi, the main character of the anime Gokujou!! Mecha Mote Iinchou since 2009 and sings the opening and ending themes as a member of the unit MM Gakuen Gasshoubu. In 2010 she became the new image girl for the fashion brand COCOLULU. She also joined the promotional unit COCO CREW.