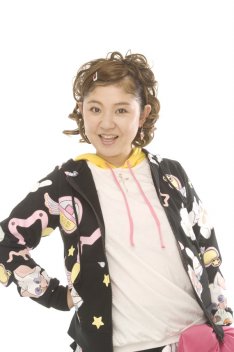 Ohta Takako (太田貴子) is a J-Pop singer and seiyuu.

Ohta Takako audition for the Nippon Television show Star Tanjou! in 1982. She was spotted by Tokuma Japan Communication scouts and debuted with single "Delicate ni Suki Shite" a year later. She begin to become a regular on televisions and became a voice actress in anime like Mahou no Tenshi Creamy Mami. At the end of the decade, Ohta changed labels and went to NEC Avenue.

She retired from show business in 1994 and got married two years later. But, she had a comeback in 1998 when she appeared a guest on a television show. She restarted her music career by performing on televisions and concerts and updated her first single to fit the 21st Century sound.