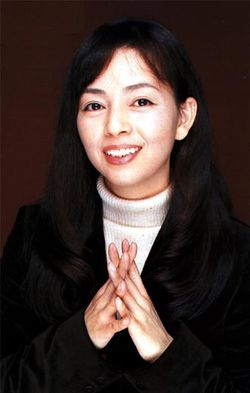 Okada got her start in show business in 1974 when she became the winner on the television program Anata wo Star ni!. A year later, she debuted musically with the single "Hitorigoto" on the label NAV Record and as an actress in the dorama Ushiro no Shoumen. However, she didn't become popular until 1976 when she released the single "Seishun no Sakamichi" and it became a big hit.

In 1977, Okada graduated from Horikoshi High School and entered Toita Women's Junior College in Tokyo where she lived alone. But on July 6, 1977, Okada was attacked at her home by an intruder with a knife who stabbed Okada in the hand. She suffered a serious injury to her hand but soon healed after Okada took a couple days off from work. Two years later, she decided to be become a full-time actress after she left college. 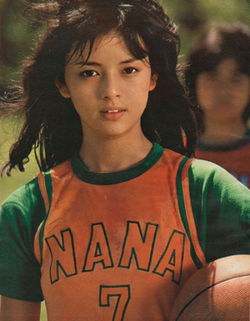