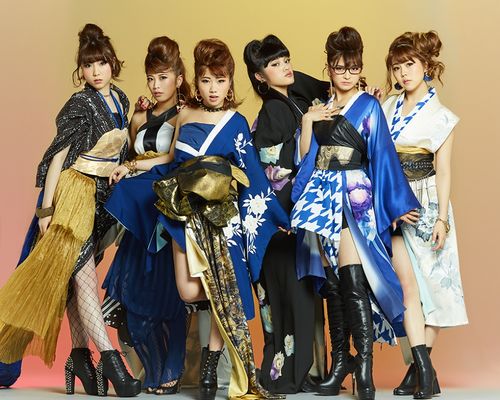 Osaka☆Syunkasyuto (大阪☆春夏秋冬; also written "Osaka Shunkashuto") is a Japanese pop-rock idol girl group under the HappyTime agency and the binyl records label. The group is often referred to by their nickname Syunkasyun (しゅかしゅん) or as SSFW, meaning "spring summer fall winter", the English equivalent to "Syunkasyuto".

The group, originally named "Manyo Syaonyan" (万葉シャオニャン), was formed in 2009 by four HappyTime Entertainment Studio students, Minamiguchi Nana, Ogawa Maina, Yano Sayumi, and Sana, to celebrate Heijo-kyo, Nara's 1300th year. Sayumi left the group in 2010, with second generation members ANNA and MANA then joining. In May 2012, Nana graduated from the group and shortly after joined avex's GEM. With her departure, the group underwent a reboot. Third generation members EON, RINA, MAYA, and YUNA were added, and the group changed their name to Osaka☆Syunkasyuto.

At the end of 2014, RUNA joined the group as its fourth generation.

MAYA withdrew from the group in February 2015 due to familial reasons. After attending Tokyo Idol Festival in July as a relatively unknown group, they dramatically increased their popularity, with the attendance at their live performances increasing three-fold. They held their first exclusive live performance in August at Shibuya Club Quattro in Tokyo. In October, the group signed with the Fujiyama Project Japan label. Around the same time, the girls started hosting the new variety show Katayaburi on Kawaiian TV.

In October 2016, RINA graduated from the group to return to school and pursue a career as a certified nurse.

On October 2, 2017, the group signed with binyl records, a sub-label of avex. They released their first major single "Travelin' Travelin'" the following day. 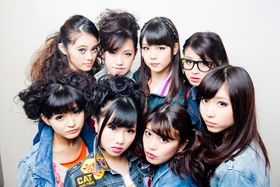 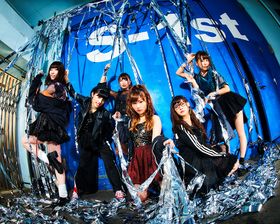